The drastic change of weather is kicking up my sinus once again 😭 nose has been dripping non stop ever since we landed and no, sleeping did not help at alllllll~~~~~~ whyyyyyyieeeeeee ruin my trip 😭 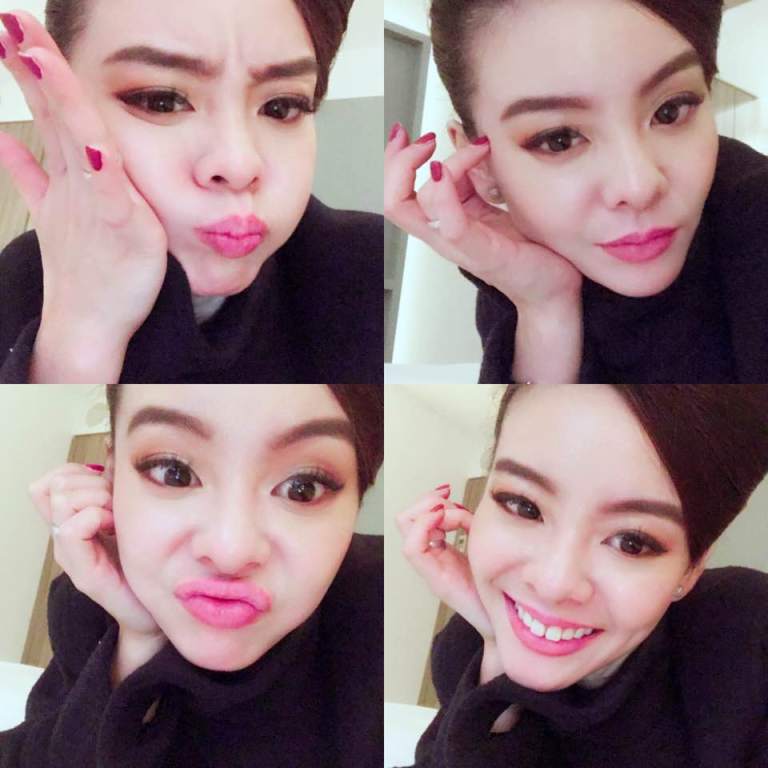 This morning’s faces when I landed into Amsterdam! I looked Super fresh but I barely slept during the flight….😰

Managed to sleep for ard 2 hour’s before the housekeeper/guests went slamming the doors and talking really loudly along the corridor. The wall’s were so thin I could hear like a couple of people talking and laughing even when I was asleep 😒😠

I think due to past experiences, I’m so afraid of strangers “accidentally” going into the wrong room hence all those noises kept me thinking if I latched the door. Of course I got out of bed and went to check after tossing in bed for a couple of minutes hoping it’ll just all go away……….. and yes my door was latched 😩 I tried to sleep after but it was still damn bloody noisy so I got up and started ranting to Husband Sim.

Got up and took a hot shower ( hoping to feel better)….. my nose was still leaking like a freaky tap at that point. 😒 ughhh, why isn’t anything going right this trip??

Lol posted this half alive face on ig to receive very very funny comments hahaha. My nostrils 🤣🤣🤣 I know. But I don’t just like the glam side of myself ok.

Headed to the supermarket and it was damn bloody cold!!!!! I brought my jacket but didn’t think I’ll need it since it’s ard noon time and the sun was out. 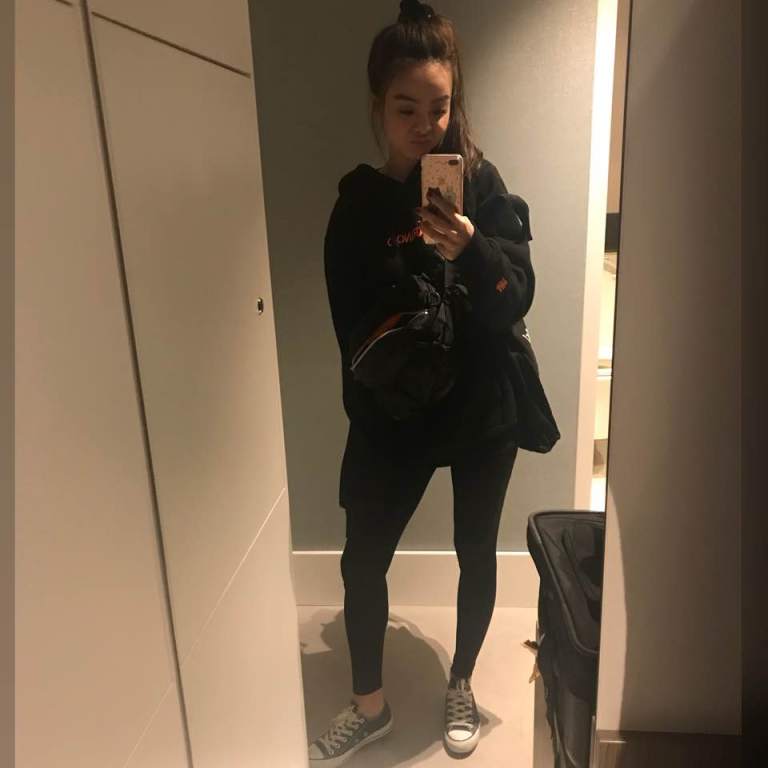 I braved the wind with my hoody and leggings 😌 all for the love of snacks!

Fruitful enough, I came back with a couple of items!! I bought cheeses back since Husband Sim and I loveeeee soft fruit cheese! Also snacks to enjoy while watching tv ( lol, no wonder we can’t lose weight) 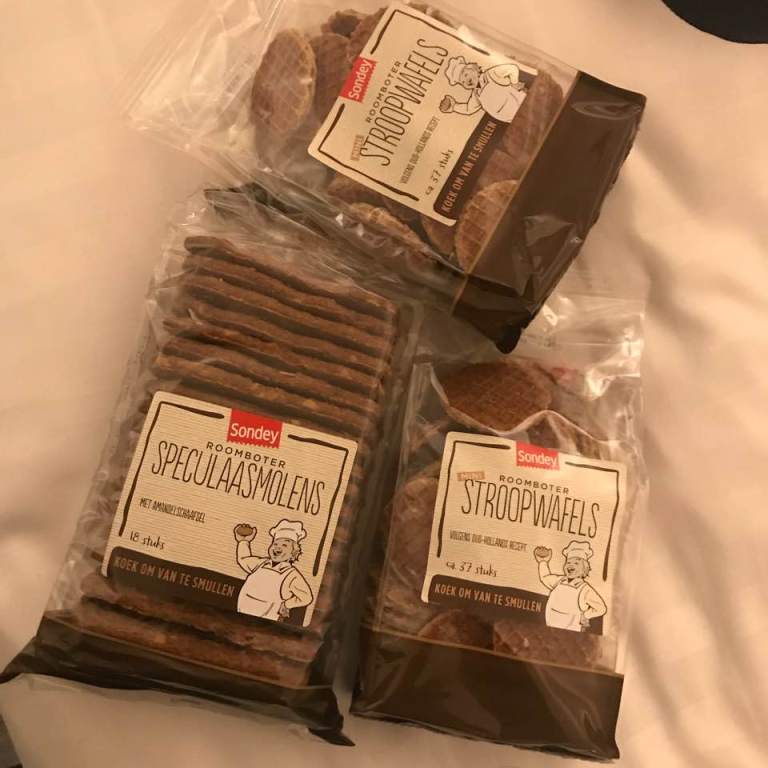 Stroop waffles for the mister! He has been raving on how good these are and for the love of god, I’ve not even tried them even after multiple trips to Amsterdam! So yea, they’re pretty expensive though… abt $5sgd per pack? Husband Sim claims I will like them since it’s sweet + waffle. Like my two favourite things.. haha we shall see

The drinking chocolate sticks really caught my eye! They had quite a variety of choc ranges. Idk how they’ll taste like but I’m a sweet tooth kinda girl! So 😋

Also crotons! HAHAA this small pack is abt $4sgd 😬 recently my cravings for mushroom soup is game strong, I had like 2 cans for supper a couple of days ago. 🙈🙈 ezra says I’m mad. 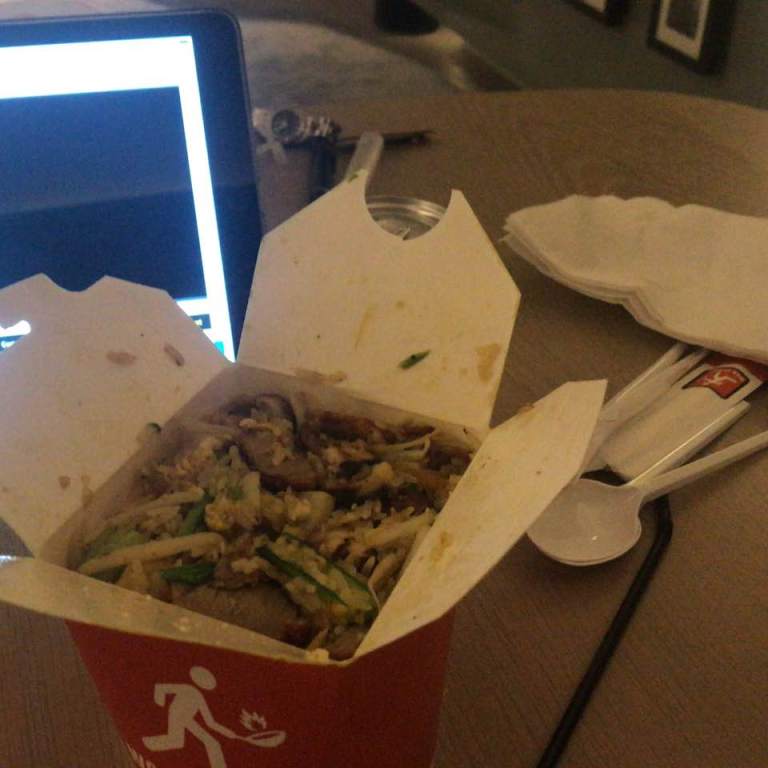 Not the best photo but I also tabao-ed back dinner from walk to wok! It’s the best Chinese but Ang moh style fast food in Europe. I’ve tried two branches in Amsterdam and one in London!! I like how you get to choose your own toppings and sauces. It’s like you can never get tired of it cause the combination is srsly endless…..

Not cheap though, my dinner came up to abt 13 euros 🙈 but it’s comfort food okay!

I’m so bored right now waiting for Husband Sim to land into Melbourne. Another hour like finally!

Okay back to watching “Friends” now, omg I loveeeee Rachel and Ross. I SHIP THEM TO BE TOGETHER FOREVER ❤️