Decided to take things slow today so like little kids, Husband Sim and I ventured to the nearby playground to take some pics. The thought of waking up at 2am just to do a shuttle flight got us like 😪😪😪 plus I didn’t get much sleep last night cause this boy was snoring so loudly!!! 😫

Continuing my post from yesterday
I had quite a lot of girls asking about my #ootd over at my Instagram! 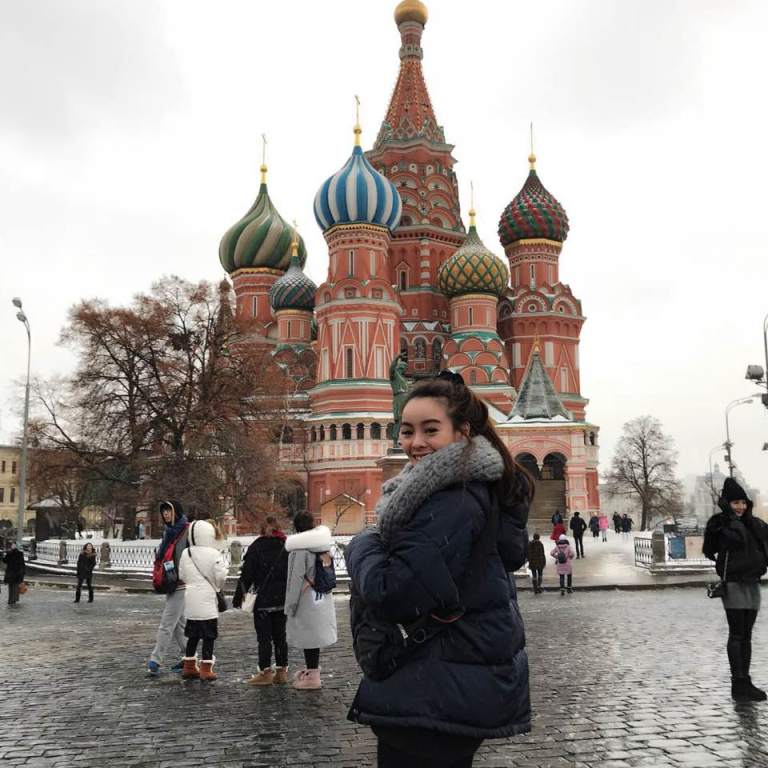 This is one of the iconic landmarks over at the red square! We were desperate for a photo together…. looking high and Low for an Asian couple or any Asian to help us take a photo with our phones. Didn’t want to risk asking anyone else + asians take better photos!!! Hahaha that was what we concluded.

We spotted the ice skating rink earlier and being very spontaneous, WE DECIDED TO JUST DO IT. Costing abt $12 sgd with skates and no time limit. Pretty good deal right?

It was only when we got on the rink when Husband Sim told me that it’s his first time ice skating 🤣🤣 he claims roller blading is so much easier. Ughh, I think it’s abt the same la 😆 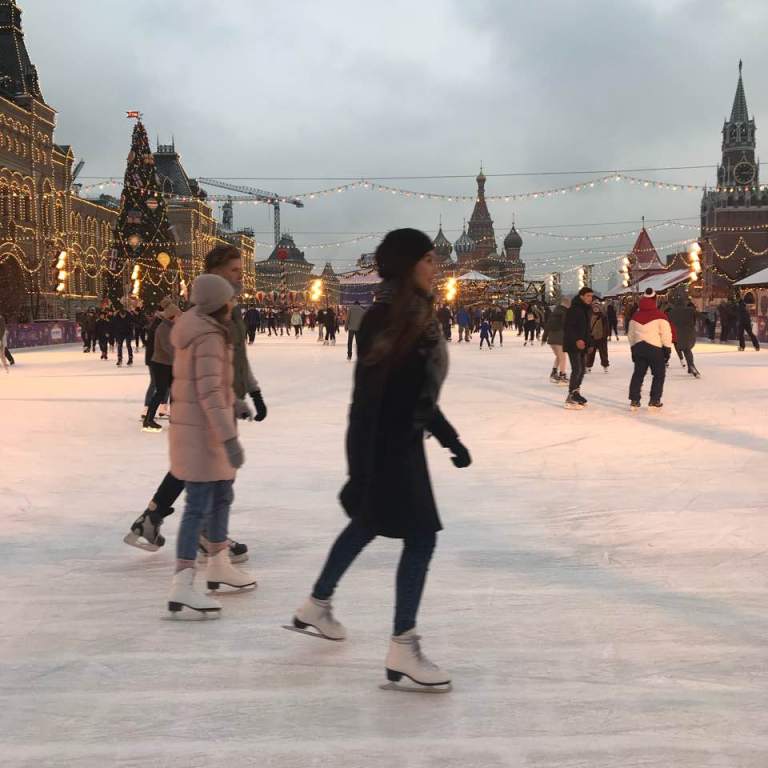 The rink is quite big! Comparable to the Kallang ice skating rink size. Everyone was pretty professional wheezing around very fast. We were damn intimidated so we hid by the corners to warm up 😅

I had to carry my bag cause I don’t trust Ezra. He’s gonna fall with my bag and break my phone and camera 🙄 can totally imagine. 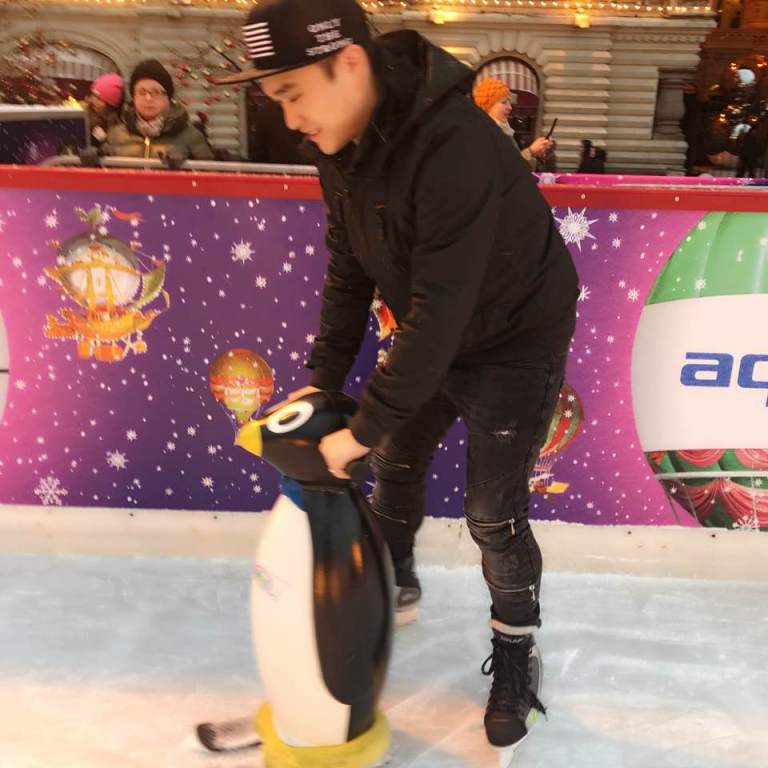 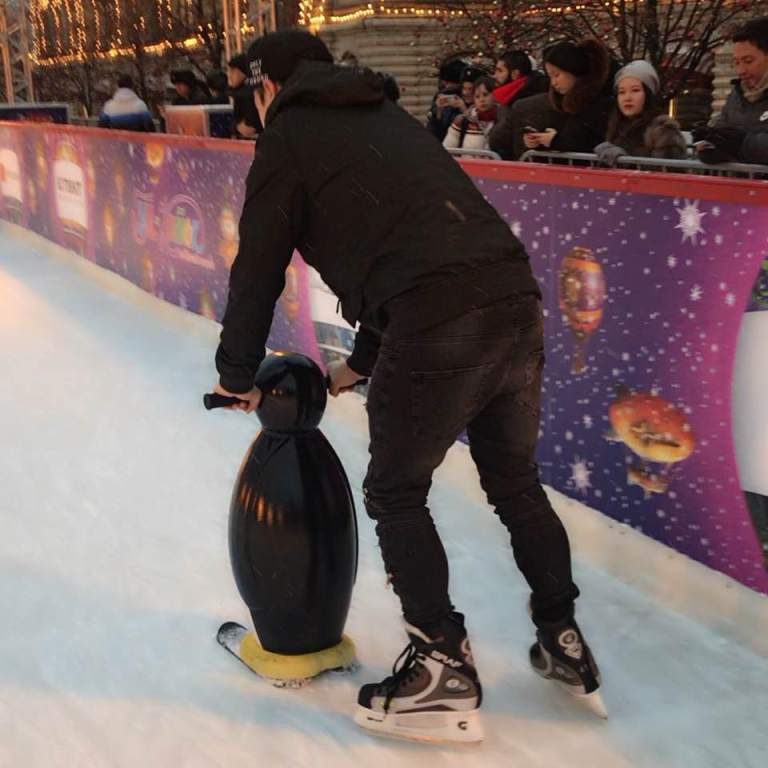 And of course my Husband was having the time of his life with it. He claims that he has more control over the skates with the penguin. Hahahahaha baby, it’s for kids leh!

We had so much fun!!

The sun was starting to set at that point and the fairy lights started to lit up brightly against the gloomy skies!!! It was snowing btw, can totally say I’ve skate in the snow before 😍

Had such a good time and wished we could spend a little more time there. The shuttle bus back to the hotel timing needs to be more frequent 😪

You see the group of Asian ppl behind!! HAHA We managed to catch their attention and ask for a photo #win ✌🏻 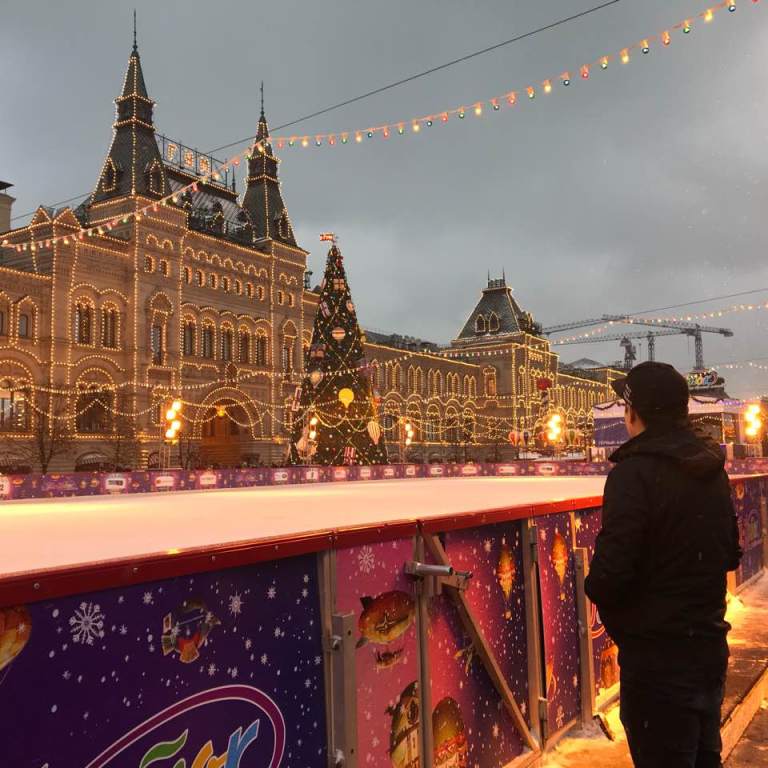 We left the rink with a heavy heart. Just as well also la, cause they were also due to clean their ice as well which explains the empty rink! 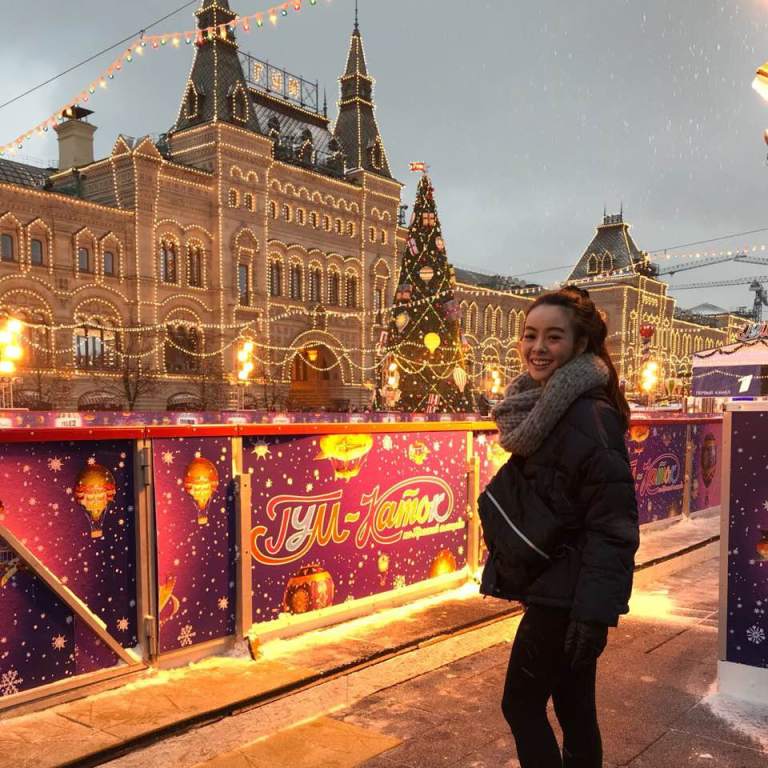 Felt damn weird to be back in my sneakers but the ambience ❤️❤️❤️❤️ mad chio! 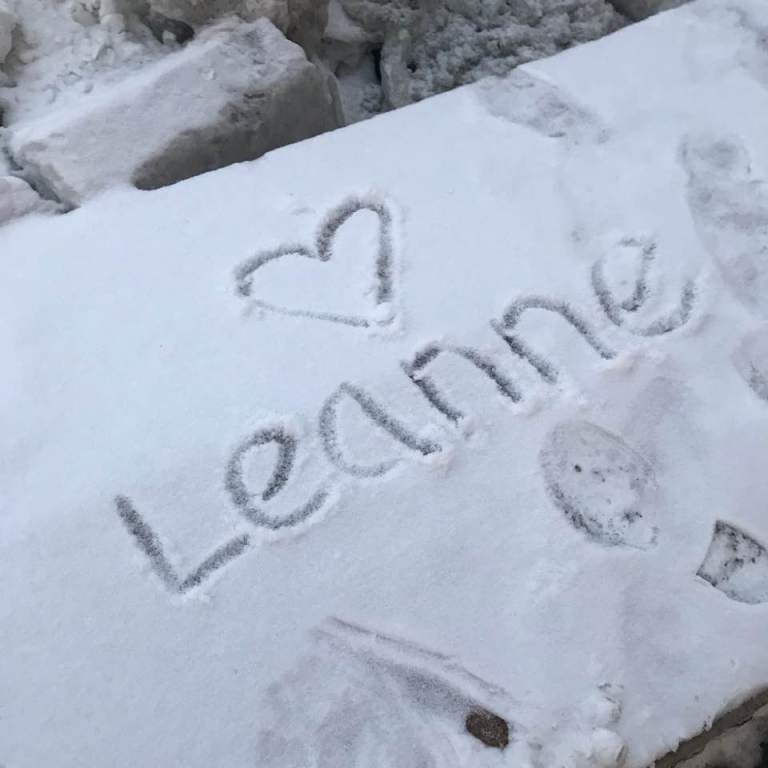 Okay but I destroyed it before getting up the bus hahahahahaha

Went back to the room and cooked our own yong tau fu with curry noodles ❤️ after such a Long day… Husband Sim was pooped. Decided to crash early!